We’re all made of star stuff: Cells, philosophy, and a small bar

My inability to be productive on an airplane started when I began doing scientific research. Graduate students, postdocs, and primary investigators I’ve talked to have all had the same experience. You pull out your laptop, put in your headphones, and open a grant, a paper, or data. The person next to you starts trying to inconspicuously look at what you are doing. You can tell, but you pretend you can’t. Finally, they ask “What are you working on?” It’s a loaded question, and it probably means you aren’t going to get any work done on this plane.

This doesn’t just happen on planes though. You don’t need to be working on your laptop for someone to ask you “What do you do?” or “What are you in school for?” These questions can happen anywhere, such as in a bar or a coffee shop. I found myself intimidated by breaking down my science in these casual settings. While I thoroughly enjoyed talking science in an outreach setting like at a science museum or an organized event, navigating science small talk always felt awkward.

Recently, I had an experience at a bar that made me realize how fun talking about your science to a stranger could be. A conversation about my research on the molecular mechanisms underlying human neural differentiation led me to a discussion about cells, philosophy, and life. By explaining my research in terms my audience was able to understand, they were able to compare concepts I was familiar with in cell biology with philosophical concepts. At the end of our encounter, we had done more than talk about the merits of scientific research, we had developed a personal connection. I discovered that if you can navigate the awkwardness of initiating these interactions, discussing science with the public in a casual setting can provide an unexpected and unique perspective on the scientific questions you contemplate every day.

My serendipitous preparation for my scientific discussion in a bar

I realized in order to have an informative and interesting conversation about my science with someone that I needed to overcome my inhibitions about starting one. The best way to do this is with preparation and practice. ASCB held several events at the 2018 ASCB|EMBO Meeting this past December to help scientists hone their science communication skills. First, I attended an Advocacy Toolbox Workshop focused on developing a brief, two-minute summary of my research in layman’s terms. Many of the group leaders at this session were experienced science policy advocates who provided guidance for explaining our research in digestible bites. We were given several pieces of advice on how to best structure this “elevator pitch.” The key pieces of advice that I focused on were:

While these guidelines appear easy to follow, and may even seem obvious, putting them into practice can be more challenging. I left the workshop really stuck on trying to think of relatable and understandable analogies. Little did I know that these words of wisdom would help me later in the night in a somewhat unlikely setting: a small bar.

When philosophy and cells collide

“Ask a Scientist” bar night is an event at the ASCB|EMBO Meeting hosted by the Committee for Postdocs and Students (COMPASS). Everyone who attends receives a t-shirt that declares, “I’m a scientist, ask me about my research,” as well as a list of local bars in the area. As a bright-eyed and bushy-tailed new member of COMPASS, I was not only excited to attend, but drag my less excited labmates along with me. We grabbed our t-shirts and an Uber to a bar located in the University Heights area of San Diego aptly named “Small Bar.”

When we arrived, we were unsure if anyone would approach us and didn’t want to interrupt more conventional bar conversation with a discussion of cell biology. Almost as soon as we sat down a tall, slender man named Ray (not his real name) with a kind disposition sat at our table and asked to hear about our science. My friend began to describe her research focused on the role of mitochondria in development using human induced pluripotent stem cells as a model. After intently listening to her explanation, he immediately asked, “Do cells in a dish act like cells in our body?” She laughed and responded, “We talk about that almost every day.” It turned out that the real reason Ray wondered if the cells in the dish acted like the cells in our body was because he was concerned that in the dish they would be in isolation, without connections to other cells.

From here, our conversation diverged into a two-hour discussion of the relationship between concepts in metaphysics, philosophy, and our cells: the ultimate challenge in making a relatable analogy. Ray explained that he had recently been reading a significant amount of literature online about various topics related to philosophy and metaphysics. A concept he continuously revisited during our conversation was the idea that all things are connected. Briefly, Ray believed that there is a connecting energy among us all, and everything around us. I thought of it in terms of the first law of thermodynamics. Essentially, matter cannot be created or destroyed, leading to a constant amount of energy that can be converted to different forms. In this way, we and the universe are all made of the same stuff.

Once Ray had explained his approach to understanding how the world around him worked, we really tried to focus on how cell-to-cell communication is important for the function and development of an organism. Since my focus is neurodevelopment, I tried to emphasize how dependent the fate of neural stem cells is on their position in the brain and their contact with each other. On a wet bar coaster, I traced out how neural stem cells were piled together in the ventricular zone of the cortex and began to differentiate as they migrated away to form layers of the brain. We had a long discussion about how cells are the unit of all life, making them the sort of “connecting force” between us.

Can my research really make a difference?

The longer we sat with Ray, the more comfortable we became. Towards the end of our conversation, he shared an original rap with us. Although the exact lyrics escape me, it highlighted the internal dialogue he clearly had daily, trying to piece together the world and understand it through the lens of universal connectedness. He introduced us to a friend, whose main question hit arguably the most important message any conversation about science with the public should cover, “Do you really think your research can help people?”

Since we were all basic scientists who had been talking about our research, we wanted to try and impart just how important basic science research was. I came up with an analogy. I explained that before we invented the car, we had to invent the wheel. However, if the first wheel was made of wood, we first had to figure out how to cut down a tree and acquire the wood to make the wheel. In this way, without axes, we wouldn’t have cars. Basic research is like trying to figure out how to chop down the tree. We gave examples of times when basic discoveries laid the foundation for later discoveries, like the discovery of Penicillium mold and its later application to treat bacterial infection. While many people struggle to explain the importance of their basic research, and others are often looking for a disease connection, it’s important to emphasize that basic scientific discoveries are the building blocks for scientific breakthroughs related to health and disease.

My new perspective on talking about science with others

Before we all parted ways, Ray’s friend asked us a final question, “What is your life philosophy?” It was an interesting question, particularly since it had followed a lengthy discussion about what motivated us to pursue science. We had given a variety of answers, as our motivations were all unique. We were motivated by mentorship, teaching, curiosity, and the general pursuit of knowledge. At the time, I said my life philosophy was “Do more good than bad,” which I’ll admit is underdeveloped. I’ve thought about this question a lot since then. I’ve considered how being trained to think as a scientific researcher has impacted my perspective and personal philosophies. Overall, this experience was humbling. It was a reminder that my interest and draw to scientific research is the same thing that draws others to philosophy and religion, the human need to understand the world around us and our purpose in it.

I try to be less antisocial on airplanes these days. I’m not sure if I’ll be wearing my “Ask me about my research” t-shirt on a plane anytime soon, but I have been developing my two-minute research summary. The next time someone sitting next to me on a plane asks me about my research, I’ll be prepared with plenty of analogies. I’ve realized that discussing your science with the public is an acquired skill. It requires practice, and like any skill, it will improve in time. From now on, I plan on pushing through the initial awkwardness of starting a conversation with someone new and really trying to connect with them to have a more rewarding discussion. Like we discussed with Ray, even cells depend on their connections with one another, and what are we but an organized cluster of connected of cells?

Natalya Ortolano is a PhD candidate in Vivian Gama’s laboratory at Vanderbilt University in Nashville, TN. The Gama lab seeks to identify the novel role of apoptotic proteins in stem cell maintenance and differentiation. Natalya’s project is focused on characterizing the function of an E3-ubiquitin ligase known as Cullin 9 in stem cell self-renewal and neural differentiation. Twitter: @NatOrtolano Email: nat.ortolano@gmail.com 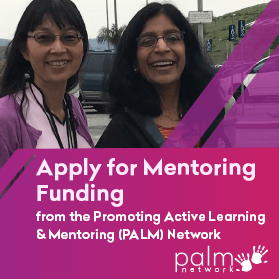