Using Social Media for Scientists Who Swear They Never Would 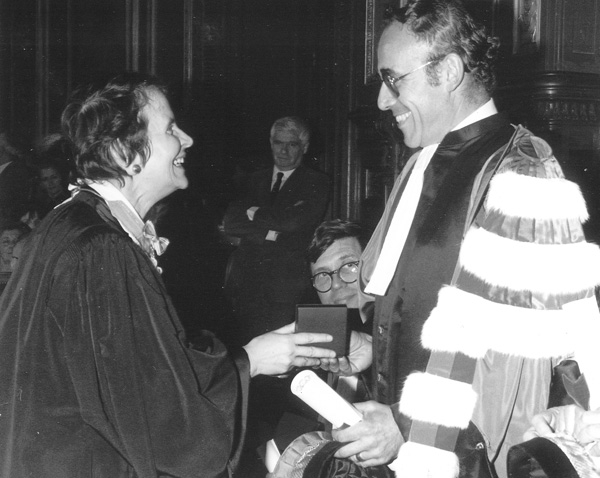 Dear lab rat,
If you found this article on Facebook (or Twitter or Reddit or Google Plus or whatever social media site you prowl), you can stop reading right now and hit ctrl+P. Then slip the printout onto your PI’s desk. Done? Thanks, you’ve just helped to advance scientific communications. Now go finish your western blot so you can graduate.

Dear PI,
This print-out just appeared on your desk, and you might be thinking, “Social media. That’s time-wasting, kid’s stuff. Strictly for grad students and postdocs watching the ‘C. elegans Harlem Shake‘ on Twitter when they could be running western blots.”

But before you bin this article, can we point you to a peer reviewed paper about social media for scientists that was recently published in PLoS Biology1? This review by Holly Bik of the University of California, Davis, and Miriam Goldstein of the Scripps Institution of Oceanography, cites a number of studies which show an increase in citations and downloads for papers shared on social media. They also show that the monthly audience for social media outlets like Twitter and Facebook exceed that of traditional news outlets. These online networks make science more visible to the public and policymakers who affect decisions about research funding. Have you considered that your trainees wasting time on Facebook are actually increasing your citations and promoting your lab’s science?

It may look like another website but the social media can speak to a large audience. Even if you don’t feel that you want to add to the whirlwind of social comment, it is still worthwhile for any PI to quietly follow some of the flow. Indeed, beyond the “C. elegans Harlem Shake” there are great resources popping up on social media. Many can improve the reach of your lab’s science and bring you useful information, ideas, and even scientific allies.

Organizations such as the ASCB now recognize the critical importance of social media to science. ASCB is increasingly active online, featuring our own original content and sifting through the latest in science and science news to bring the best (and occasionally the most amusing) on social media. Convincing PIs to enter the social media world and training you to operate there efficiently is also part of our mandate. Take a tour of the ASCB social media pages (Facebook, Twitter, Google Plus, Pinterest, LinkedIn). (Visit www.ascb.org/ascbpost to click on the links in this article).

Beyond ASCB, there are already a number of perfectly respectable scientists and organizations active on social media. Check out the pages of journals you already know such as the Journal of Cell Biology or PLOS. Look at sites for your funding sources like the NIH or NSF. Labs doing exciting things on social media include the Martinez-Arias Lab , Weigel Lab, and Kamoun Lab.

Ready to get your feet wet? Facebook and Twitter are probably the best places to start with the largest audiences and user-friendly formats. But they are very different in how they work and who they work for. For an overview, click here. To learn more about each of the social networks, there are great tutorial videos on howcast.com. Use their search tool to find videos specific to the social network you want to learn to use.

Bik and Goldstein also provide advice for new users in their PLoS Biology article1. Finally, at the ASCB Annual Meeting in New Orleans this December, there will be an interactive “Social Media for Scientists” session. You don’t have to tell your grad students or postdocs where you’re going. Just slip away from the poster aisle and into the Social Media session. An hour later, your lab crew will be astounded when you pop up on their FB pages, touting a hot new “cell science” music video.