To Lead or Be Liked?

As a woman, one of my biggest insecurities has always been being labeled as too domineering, bossy, or direct. Though this description may seem counter to how many might instinctively describe me, many people do not realize the internal psyche and struggle that is inherent to the “female leader.”

I recently attended a meeting to plan an event that required extensive cross-team collaboration. During this meeting, I non-apologetically pointed out flaws and gave feedback on areas that I thought could be improved. Though I expressed each of my opinions in a cordial way, it came at the price of feeling heavily insecure that I was being too domineering. Despite the fact that I had behaved amicably throughout the meeting, I received feedback from a group member that my behavior was interpreted as “demanding.”

When voicing these concerns to a female colleague, she shared a similar experience. A male colleague of hers had failed to live up to his responsibilities, a problem which cost the company significant monetary loss. When speaking to her colleague about his error, she clearly expressed her disappointment, pinpointed the consequences of his actions, provided constructive feedback, and gave examples of how behavior should be rectified. Though her tone was not elevated throughout the conversation, a male supervisor who overheard the conversation interrupted and said to her, “Well, you could be nicer.” 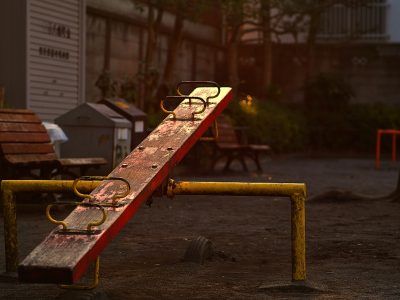 Herein lies the problem. In that particular situation, being nice was not a priority. The only appropriate course of action was to lead. Yet for women, communicating in a clear and constructive way is often presented as a vice that threatens likability. Leading and being liked are presented as two mutually exclusive ideals when in reality, they are not. The consequence of this is that seemingly confident women with a natural or learned capacity to lead may harbor the irrational fear of being labeled as bossy, rude, or bitchy. As a result of this fear, the female leader may live in a world of juxtaposition. Should I remain quiet or should I speak up? How many times have I voiced my opinion thus far? Am I speaking too much? Did that sound rude? Did that come across wrong? Though it is certainly normal for a leader to reflect on and assess the manner in which they lead, for women, these thoughts may represent a constant preoccupation. Like a huge burden on the other side of a seesaw, the possibility of being perceived as overbearing or pushy may outweigh the desire to voice one’s opinion. This burden has likely been reinforced by years of living in a society where an outspoken man is labeled as a commanding leader while a similarly outspoken woman is labelled as bossy. Though individuals of both genders avoid being perceived as rude, widespread societal and professional reinforcement may cause women to disproportionately fear being perceived as such. Because of this fear, women may be more likely to modify their leadership behavior and forgo the desire to lead and be assertive.

How, then, does one begin to overcome the notion that leading and being liked are mutually exclusive? Throughout the years, particularly during my graduate work at Emory, I have seen women unapologetically embrace their innate sense of leadership — all the while maintaining strong relationships and fostering collaborative, team-driven work. Though I still struggle with this insecurity in some regard, having positive examples has laid to rest the myth that being strong-willed, confident, and outspoken makes you a cold, domineering leader. I have learned to dismiss the insecurities of those who feel threatened by the presence of my female leadership and I would like to share some advice that may be helpful to others struggling with this issue:

The take home message is that you do not have to sacrifice leadership for likeability – these two concepts are not mutually exclusive. My advice to all women out there is this: Do not be afraid to take charge, make a decision, point out a flaw, suggest a better alternative, point out a gap in a plan, or decisively make a choice. Push forward, lead even stronger, and never, ever undercut your skills simply because it challenges the conventional notion of a leader. Though it can be a journey, it is certainly a process worth undertaking.

Julia Omotade is a 5th year Cell Biology PhD candidate investigating excitatory synapse formation at Emory University in Atlanta, GA. Julia is passionate about communicating science in a way that is accessible to both the general public and policy makers, thereby fostering dialogue between scientists, citizens and politicians. When not peering through the eyepiece of a microscope, Julia loves hiking, swimming, watching gymnastics (Geaux Tigers!), playing guitar, and doing anything outdoors. Email: ofomota@emory.edu, o.f.omotade@gmail.com