The Study of Being a Neighbor 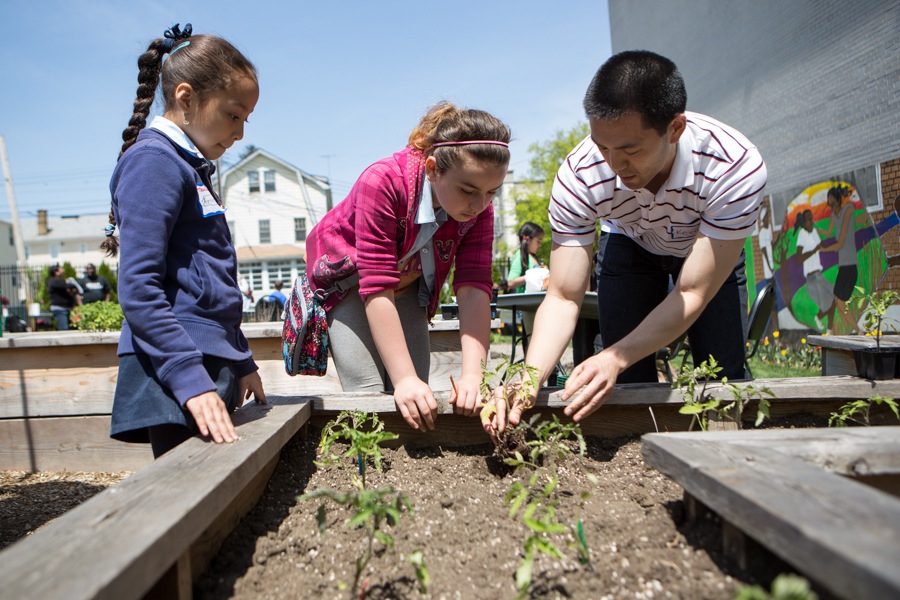 Scientists can be reclusive. Not just in the “lab work all day, time course all night, cell culture all weekend” way, but also because we can be a very isolated community. We are busy trying to keep afloat in a competitive field, and other scientists and like-minded academics often surround us. Our friends, colleagues, classmates, and sometimes even partners, are part of the science community that encompasses most of our time.

MSTP Kevin Shieh planing tomato
seedlings with the students.
Photo credit: Lindsay FarkasScientists can be reclusive. Not just in the “lab work all day, time course all night, cell culture all weekend” way, but also because we can be a very isolated community. We are busy trying to keep afloat in a competitive field, and other scientists and like-minded academics often surround us. Our friends, colleagues, classmates, and sometimes even partners, are part of the science community that encompasses most of our time.

I am currently a PhD candidate at Albert Einstein College of Medicine, which occupies about three square blocks in the Bronx, including student housing. For many students, day-to-day life exists within this space. They may occasionally watch the Bronx pass by through the windows of a bus as they venture to Manhattan for food or entertainment. Students can finish their 5- to 7-year degrees without ever feeling like a part of the greater Bronx community. However, many find a way to integrate into the community through volunteer work.

As a co-chair of the Pierce Avenue Community Garden, I have seen the benefits of volunteer work first-hand, not just for the community but also for the volunteers themselves. The garden was built to provide fresh produce and a maintained green space to Bronx residents, and in 2013 we started a program to host field trips for 4th graders to learn about gardening, nutrition, and science. Parts of the Bronx are considered “food deserts”—regions lacking affordable fresh produce and other healthy food options. This is suspected to contribute to the high rates of diabetes and obesity in the Bronx. A group of Einstein students recognized this problem in the community and, in 2011, created BODY (Bronx, Obesity, Diabetes and You). This organization reaches out to Bronx residents through nutrition and exercise programs at local elementary schools and began the Pierce Avenue Community Garden. 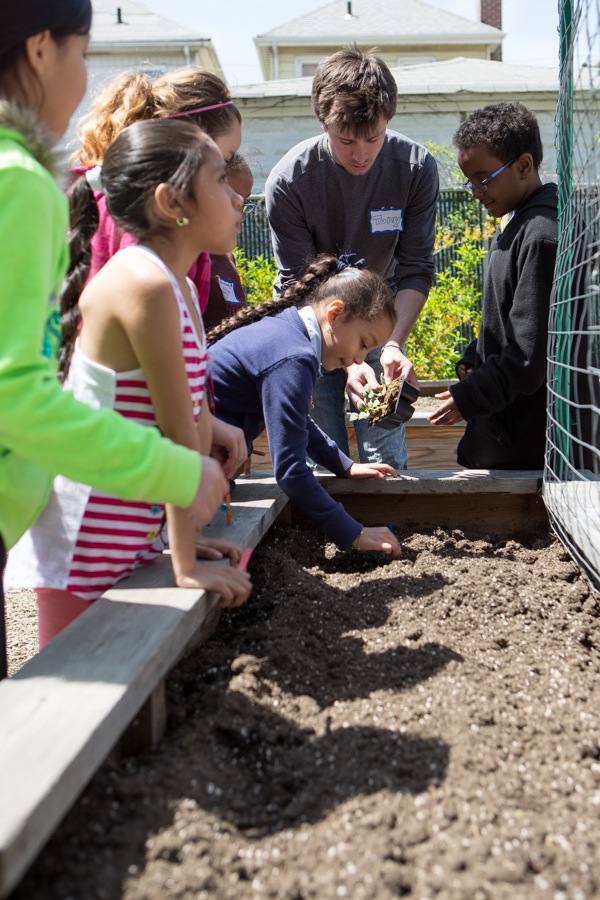 MSTP Tony Bowen (and Pierce Avenue
Garden Co-Chair) planting cucumber
seedlings with the students
Photo credit: Lindsay FarkasSome of the benefits of these programs are obvious, such as improving access to fresh produce and providing knowledge about nutrition and exercise. However, some ways these programs help the community are more subtle. Many of the children we interact with through BODY and other community outreach programs haven’t ever known a “scientist.” When asked, words that come to their minds to describe scientists include “weird,” “scary,” and “crazy,” and when they draw pictures of scientists they are often white males with bizarre Einstein-esque hair. For these students, especially females or minorities, a scientist is not someone they imagine themselves becoming. By interacting with these kids as positive role models and neighbors, we change their understanding of who a scientist is and how they can become one. Additionally, in a time of increasing mistrust of scientists by the public, making ourselves more accessible can reduce some of the veil of mystery surrounding science.

The benefits for the volunteers themselves include feeling good about giving back, resume building, and even the occasional free tomato. Plus, you can become part of the community around you and feel a connection to the place you live and work.

At a high school where Einstein students mentor incoming freshmen, I recently heard the principal point out that, even though he has lived and worked near Einstein for so long, he had never actually been inside any of the buildings on campus. He likened it to The Wizard of Oz’s Emerald City. There had never been a reason for him to go there, and although he had driven by, it was like an isolated island in the Bronx. The disconnect between the school and its surrounding community is likely common for research institutions, but student-run outreach clubs are trying to change that at Einstein.

This year, Einstein’s community-based service group leaders have joined together with members of the communities they serve to form the Einstein Community Action Board. This is a forum where students and community members can come together to discuss the problems facing the Bronx and decide what Einstein students can do to help combat them. Community members can also offer feedback on ongoing programs. Although this is the first year of the program, many clubs have already changed their objectives to better tackle the needs of those they hope to serve. Hopefully, this group will continue to improve the reach of Einstein student groups and get even more students involved in volunteering in the future. 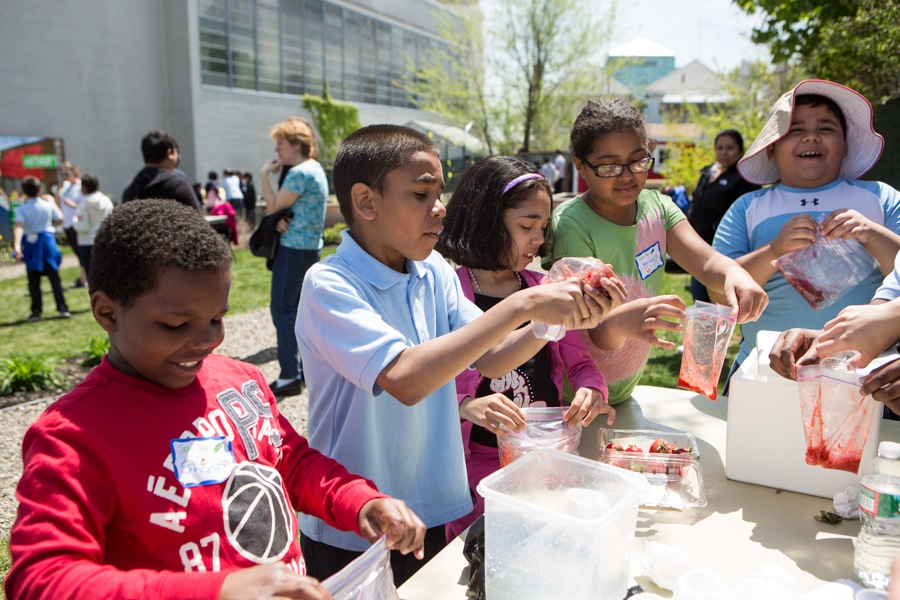 Students extracting DNA from strawberries.
Photo credit: Lindsay FarkasAt the end of the day, the work we do as scientists contributes to society in a very real and important way. But sometimes our contributions can feel abstract, whereas giving back to your neighborhood can feel more concrete. Walking down the street and thinking “I built that” or “I taught her something,” or even just knowing your neighbors can make your community feel like home. At the same time this connection can help your neighbors see that our ivory tower is filled with people much like them, and not the crazy-haired, lab coat-wearing mad scientists they imagined.