The scientist’s dilemma: The average person doesn’t understand what I do

In April over a million people marched in 600+ marches around the world advocating for science. As a scientist who wanted to be part of that movement, I pursued communications training through the STEM Ambassador Program (STEMAP), a research and public engagement project funded by the National Science Foundation. However, I wanted to do more and get involved with something that would let me directly bring science to the people in government. So I established a direct link with two Utah state representatives to discuss the role scientists can play in decision-making.

When I met with Representative Rebecca Chavez-Houck (D) and Representative Edward Redd (R), at the Utah State Capitol, I expected to learn about how scientists could become more involved in government. What I did not expect was that with one remark by Representative Redd, “The average person doesn’t understand science or scientists,” I would be questioning if the education system that I was going to graduate from was systematically flawed. Why doesn’t the average person know a scientist or understand science? We need to consider how we want scientists to serve society and how to change the current scientific culture. 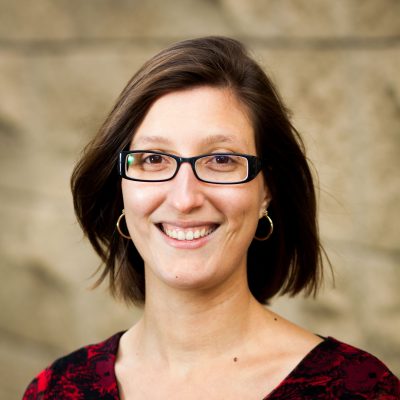 Historically, scientists have not been rewarded for public engagement and, instead, have had to focus on publications and grants to earn tenure. The shortsightedness of this approach is not lost on the National Science Foundation, American Association for the Advancement of Science, and the National Institutes of Health, which have programs to promote science communication and outreach. Outreach and public engagement should be a standard considered when applying for grants and tenure and rewarded by funding institutions and universities. Greater progress could be made if science communication training was included in the graduate school curriculum. Some universities provide science communication training for graduate students, including Engage at the University of Washington, Science in the News at Harvard University, and the Alan Alda Center for Communicating Science at Stony Brook University. Science communication and public engagement training would allow us to develop a culture where scientists felt a duty not only to do research but also to inform the public about how their research benefits society.

We are seeing the ramifications of developing a scientific culture that is unapproachable and isolated from the public, a public that is often uninformed and bombarded by “alternative facts.” People need to interact and establish relationships with scientists whom they can identify with, value, and trust. Being a member of the STEMAP has taught me that people become interested and invested in science when it is integrated into their everyday activities and hobbies. A scientist can open a dialog about microbiology by explaining fermentation to a cooking class or a mathematician can discuss the math behind cross-country skiing with athletes (for more examples check out http://www.stemap.org/engagement.html). From the STEMAP program I have developed a new appreciation for considering what my audience is interested in and how I can frame my science to engage nonscientists. Through science communication, scientists can have a broader impact—but first they must get out of the lab and into the community.

Helena Lucente wants to bridge the gap between science and society through improving science advocacy, policy, education and communication. She is pursuing her PhD in Oncological Sciences and MS in Clinical Investigation at the University of Utah. She can be reached on Twitter at @HelenaLucente1 and via email at Helena.Lucente@hci.utah.edu.