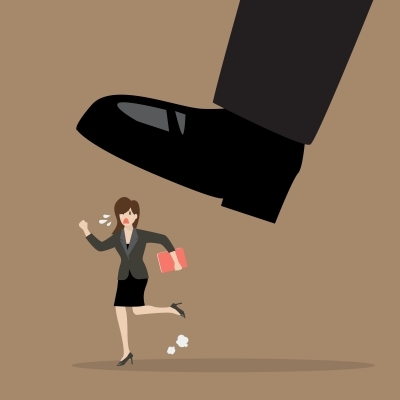 I hope you’re not reading this because you suspect that you are in a hostile lab environment. I want to anonymously share how I wound up in a toxic work environment, how I realized I was in this situation, and how I got out. Whether you are currently in this situation, or if you just started working in the field of life sciences, there are steps you can take to both recognize issues and improve your current situation. Please keep these red flags in mind before you join a lab, whether it is for your undergraduate, graduate, or professional studies.

What can land you in a hostile laboratory?

Several factors may land you in a hostile and abusive lab. The first major factor is inexperience. For me, it was my naivety as a freshly admitted graduate student. As I had only experienced one lab for my bachelor’s thesis, I approached my graduate studies with the expectation that all labs have nice PIs and genuinely respect their lab members. This, however, turned out not to be the case. In hindsight, I should have done a rotation to see if there were inconsistencies between what was said during the interview and what was actually expected in the lab. For example, during the graduate lab interview I asked the PI if I would have to come in on weekends, as at the time, I had a two-hour commute to and from the university. They told me since I had to commute so far, I wouldn’t have to come in on weekends. However, after joining, the PI would get upset with me and scold me for not coming in on weekends and would claim that I was putting my thesis at risk when I reminded them of my long commute.

Additionally, when I had asked the PI if it was okay for me to work part-time somewhere while doing my graduate studies, they offered me a job as a research assistant in their lab alongside my thesis research. This would normally be an excellent opportunity for a graduate student like me since laboratory jobs for students at my university are treated like student funding. This allows students to earn some money while doing their lab work. However, it actually turned out to be a disaster for me later on. After I had been in the lab for only a month, the PI started to claim I was never present, even though I was in the lab every single day—including weekends—and then often refused to pay me.

Another major factor that can land you in a toxic lab environment is not talking beforehand to the other lab members. It is important to know what they think of their work environment—and more importantly, what they think of their PI. This is something I wish I had done before deciding to join that lab. After I joined the lab, postdocs who worked with me would often talk about how little time off they would get, as this PI would expect them to work overtime without compensation. The PI would also scold the postdocs if they got sick.

With these occurrences happening to me almost daily in the lab, along with more abusive tendencies from this PI, I soon began to realize that I was in a hostile laboratory. I had never experienced something like this in a work environment before. What made it worse in my case was that I could have completely avoided this situation. My university encourages admitted graduate students to do rotations before committing to a particular lab for their thesis, something I didn’t take advantage of due to my naivety and desire to earn some money for living expenses.

How can you determine if you are in an abusive laboratory work environment?

One thing that stood out to me was the sheer amount of gaslighting I had to deal with during my time in the lab. I would typically meet with my PI to discuss potential experiment plans for the week. I would usually perform 7-day drug assays in various cancer cell lines; they would tell me to use, for instance, Drug A at a specific concentration in two different cell lines. I’d write this information down to keep track of what I needed to do. Then when looking for Drug A, I realized we had three variants of that drug. I went back to this PI to ask which variant of Drug A to use, at which time they said they never told me to do this experiment in the first place. Then the following day, this PI would ask me if I did the 7-day drug assay and then would scold me since I didn’t do it—despite telling me not to do it the day before. This behavior happened frequently and left me frustrated and confused, as I’d then no longer have a project to work on for my thesis. On top of that, I felt as if I was being left on my own regarding my lab work, and I never knew what my PI expected me to do. There was absolutely no communication. I didn’t feel like my time and my well-being were respected in this lab. It is one thing to forget about talking about an experiment or calling an experiment off in favor of a different one, but it’s another thing to assign an experiment, claim moments later that experiment wasn’t assigned, provide no alternatives to that experiment, and then scold your student for not performing the experiment you previously told them not to do. Whenever this PI would do this to me, it made me wonder why I was even pursuing my graduate degree in the first place. I became depressed and often contemplated staying in bed in lieu of going to the lab.

A PI’s behavior toward their lab members is also very telling if the lab environment is hostile and toxic. If the relationship between the student and PI is one-sided, and the student has to invest more time and energy than the PI to ensure the PI doesn’t get upset with the student, then one can conclude the lab is indeed hostile. I started to confirm this myself, especially after two lab technicians and one postdoc quit on the spot after being yelled at and cursed at by this PI. Additionally, after I had left, another postdoc quit the lab and a lab technician got fired for standing up for themselves after being yelled at by this PI. All of these factors put together made me determined to get out of this lab. The fear of the unknown after leaving was frightening, but I knew that there was no way I should have to deal with such a lab and PI during my graduate studies. But how to leave?

How do you leave a toxic lab environment?

First of all, if you’re in a lab with a hostile and abusive PI, you should take notes and document everything. I really mean everything. At the end of the day, the PI has the highest authority in their lab, and their word typically trumps yours. However, if you take daily notes of their behaviors toward you and other lab members, and keep track of their tendencies and inconsistencies, you will have solid evidence when you need to defend your reasoning for wanting to leave that lab. Thankfully, I didn’t need to resort to this, as my department believed me and supported my leaving the lab. But in your case, it may be of good use to you, especially if you have to discuss the situation with human resources. The sooner you start documenting, the better.

Second, find out who is above your PI in the chain of command. For me, this was my program director, who oversees all graduate students and is responsible for ensuring student success. I went to my program director with all my concerns, and they actively helped me look for a different lab to join for my thesis. My program director told me to inform my PI of my immediate resignation, and then I could proceed with rotations in other labs for my graduate studies. However, I was concerned that I would get yelled at and reprimanded for trying to leave the lab if I spoke in person with this PI. I was also afraid that an argument would ensue, and that I might get emotional in front of this PI to the point where they would threaten to ruin my reputation, making it more difficult for me to land a job in the future. I didn’t want it to get to that point since I had heard of this being a common occurrence in toxic laboratories. Therefore, I instead wrote them an email informing them of my immediate resignation, upon which they simply replied with “Good Luck”. I was finally free from that lab. I’m happy to say after a few rotations, I’ve recently joined a new lab for my graduate thesis and am now on greener grass!

I hope that reading this testimony and guide of mine can allow you to keep these considerations in mind for your future lab experiences or help you brainstorm potential ways to escape if you are currently in a nightmare laboratory. Dealing with hostile and abusive PIs can be mentally stressing, and you are worth way more than that. Never settle for less!

If you are aware that your PI’s lab is NIH-funded and is actively causing the work environment to be hostile and toxic, you can notify the NIH about it here: https://public.era.nih.gov/shape/public/notificationForm.era

If you are being targeted by a hostile PI or lab member, we suggest you find your institution’s ombudsman, mental health services, and HR department.