Join or Renew
Community Member Profile Log in
May 4, 2016|Careers

The Minority Report—When Simply Adding Numbers Is Not Enough

The 2015 ASCB Annual Meeting included a Special Interest Subgroup entitled “Increasing Diversity in a Changing Research Landscape.” This session provided many suggestions and examples of initiatives that have 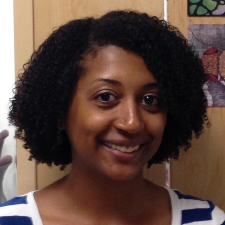 been started to improve the number of underrepresented minorities (URMs) in science, technology, engineering, and science (STEM) fields to accurately represent the demographics of the United States. (URMs in this article refer to those who identify as Black or African American, Hispanic or Latino, American Indian or Alaska Native, and Native Hawaiian or other Pacific Islanders.) Although sessions similar to that held at the recent Annual Meeting are crucial for improving diversity, these discussions should also be implemented as part of graduate and postdoctoral training among departments across the country.

In addition to improving the number of URMs in STEM fields, there also needs to be a push to retain minorities in academic research positions after graduation. For example, in 2011 the National Academies found that minorities made up 28.5% of the national population but comprised only 9.1% of college-educated Americans in science and engineering populations.1 Furthermore, they found that URMs represented 17.7% of total graduate enrollment, but only 5.4% earned doctoral degrees. At the faculty level, a 2007 survey conducted by Donna J. Nelson found that between the years 2002 and 2007 the number of URM faculty in the top 100 science and engineering departments around the country increased by only 0.5%, bringing the total percentage of URM faculty to less than 5% compared with greater than 80% scientists of European descent.2 (A 2015 National Science Foundation report states that total URM faculty rates at research institutions have steadily remained below 5% since 1993.3)

There have been many advances in STEM-related fields for the inclusion of women, where the number of women faculty have significantly increased since the 1970s. The same push and results need to be implemented in regard to URMs. Increasing the number of URMs who enter PhD programs is essential for diversity; however, it is imperative that there is an effort among departments to invest in developing strategies to ensure that students from URM backgrounds feel included in an environment where it is hard to find someone who looks like them and to whom they can relate (especially at institutions that have a history of racism and discrimination, have few URM students, or are stereotyped as hard schools to which to be admitted).

Recently, Namandje Bumpus wrote an editorial for Science Careers calling for a movement toward inclusion in STEM-related fields.4 Bumpus states that improvement of diversity in graduate education “means going beyond focusing exclusively on the number of students belonging to particular populations and moving toward creating a culture in which students from historically marginalized backgrounds feel that they are truly part of the fabric of the institution.” So how do universities and academic departments work toward this goal?

Invest in the Success of URM Students

The investment in the success of all students is important; however, the early departure of a URM student from a department is more obvious than one from the majority race. It should be the number one goal of departments to ensure that all students are treated equally, are given equal opportunities, and are offered the best training the institution can provide. In many departments, the few URMs who are present tend to form accountability groups among themselves in an attempt to provide feedback and give advice. For example, during my graduate career my “big brother,” Adrian Land, found me within weeks of starting my first year and made sure that I was staying on track. In addition, we met regularly for lunch to discuss our lives and what it was   like to be a minority graduate student in our department. However, it should not solely be the responsibility of the students within these minority groups to support their peers during this endeavor while they’re going through the trials of graduate school (and their postdoctoral fellowship as well). Fortunately, some faculty have risen to the occasion. For example, last year Bumpus started a monthly group at Johns Hopkins University for URM graduate and postdoctoral women to meet and discuss their research, get feedback on upcoming proposals and presentations, and have an outlet to discuss the double jeopardy (racial and gender bias) they face in scientific fields.

In addition, to ensure their success, students and postdocs need to be placed in laboratories of investigators who are truly invested in properly training them for successful career paths. One way this could be achieved is through implementation of mandatory individual development plans (IDPs). IDPs allow both the student and advisor to openly discuss the goals of the research project as well as the professional goals of the trainee. Increasing accountability for success for both the student and the advisor will ensure that the trainee is progressing at an acceptable rate, as well as provide sufficient training for the student should he or she decide to continue on the academic career track.

In her article, Bumpus emphasized that the “scientific community must make active efforts to ensure that graduate students of all backgrounds have similar opportunities to visualize themselves as scientists by making sure they have access to people they can relate to.” She suggests that in addition to the drive to increase the number of URM faculty, it is important that department seminar series are more ethnically diverse. The sheer essence of science is a celebration of diverse systems, complex pathways, and unique techniques; therefore, seminars should be expanded to highlight the diverse ethnic and cultural backgrounds that participate in STEM. Many institutions and departments hold “special seminars” that acknowledge and give tribute to a former faculty member who may have been a URM; however, this should not be the only time students see someone who is an ethnic representation of themselves in a career that they are considering. There are many URM tenure-track faculty members around the country who perform thought-provoking and solid research and can be invited for seminars. This will not only serve as an inspiration for URM students and postdocs, but will help change the idea that an academic career is only attainable for one race or gender.

Probably the most important point in Bumpus’s article is that “faculty members and advisors have to recognize that who students are as scientific trainees cannot be separated from their larger personal identities….” Within the past few years, the United States has seen an increasing awareness around social justice. While many believe that these types of conversations should not be present in the workplace, it cannot be ignored that situations of social injustice among minorities in this country ultimately affect URM students.

The process of obtaining a PhD is incredibly difficult and emotionally taxing for anyone; however, the racial bias that URM students face adds another layer of stress. Recently, The Atlantic highlighted that “many students of color not only have to battle institutional racism, they also have to engage in academic environments that condone microaggressions and stereotyping.”5 Furthermore, Ebony McGee and David Stovall emphasize in a recent publication that “the psychological and emotional energy required [by URMs] to manage stress in academic and social contexts as well as systemic and everyday racism can be overwhelming and taxing.”6 Therefore, it becomes not an issue of being politically correct, but an act of being humanely correct.

During a recent discussion on the topic of affirmative action, Chief Justice John Roberts asked, “What unique perspectives does a minority student bring to a physics class?” Furthermore, the late Justice Antonin Scalia stated, “Most of the black scientists in this country do not come from the most advanced schools.” Comments such as these can be disheartening and detrimental to the psyche of a URM trainee. This incident provided an opportunity for many mentors and department chairs to let their students know that the views of Justices Roberts and Scalia do not reflect their own and that having individuals with different ethnicities and diverse backgrounds is critical for making new discoveries. Mentors are given many real life teaching opportunities to emphasize the value of diversity in STEM if they choose to take them; however, many advisors let these chances pass.

Unfortunately, unacceptable situations that are socially and racially insensitive toward URMs also occur in our own departments. Last semester a friend of mine attended a student lunch with an invited seminar speaker. During that lunch setting, the speaker described work on the MAP kinase pathway and proceeded to make a joke about the Ku Klux Klan in reference to the MAP kinase kinase kinase (MAP3K) component of the pathway. As the only URM graduate student in the room, my friend felt extremely uncomfortable and angered that a statement this blatant occurred in an educational setting. Probably what was more disconcerting is that the other graduate students in the room acknowledged that the incident occurred but did not feel as though there was anything wrong or inappropriate with the comment.

So, how can departments begin to recognize and address the social issues faced by URM students and prevent incidents like the one above from occurring? One suggestion for an initial step is for departments to form a joint coalition and open dialog with the office of multicultural and diversity affairs on their campus. For example, Indiana University has the Office of the Vice President for Diversity, Equity, and Multicultural Affairs (DEMA), which aims to “further enhance student success and to create a climate that promotes cultural, ethnic, and gender diversity.” Partnering with a similar office to hold mandatory workshops once or twice a year for faculty, staff, and trainees to discuss how URMs in the United States have historically been and are currently marginalized, the complexity of past and present racial injustices, the social/economic issues that URMs currently encounter both campus- and nationwide, and how these injustices can affect the mentality of a URM student may help prevent incidents such as those described above. In addition, mentors can equip themselves with resources (e.g., contacts in multicultural offices as well as sources who understand URM mental health and the imposter syndrome) to provide to students when approached with social situations that may influence a student’s research abilities.

Diversity in STEM-related fields is critical for scientific growth and innovation. To retain URMs departments need to actively recruit URM students and to make them feel that they are included within the department and given equal opportunities. Many departments believe they are diverse due to increases in the number of women faculty; however, this is inclusion and not diversity. To see significant results, a dialog must be started and initiatives must be effectively executed to increase the number of URM graduate students and faculty within departments. The efforts made thus far by institutions to retain URMs in graduate programs and academic positions have been minimal at best; however, there is optimism for increased change in the future.

Reprinted from the COMPASS blog, which is moderated by the ASCB Committee for Postdocs and Students. To view more blog content or contact COMPASS, visit http://ascb.org/ascbpost.

Lesley Weaver is interested in understanding how multiple cells within a tissue communicate with each other to regulate cell proliferation and differentiation. Her doctoral studies were performed in the laboratory of Claire Walczak at Indiana University-Bloomington where she studied how mitotic kinesins are regulated to influence spindle morphology. She is currently a postdoctoral fellow in the laboratory of Daniela Drummond-Barbosa at The Johns Hopkins University where they utilize the Drosophila ovary to understand how inter-organ and systemic signals influence oogenesis. Email: lweave11@jhu.edu