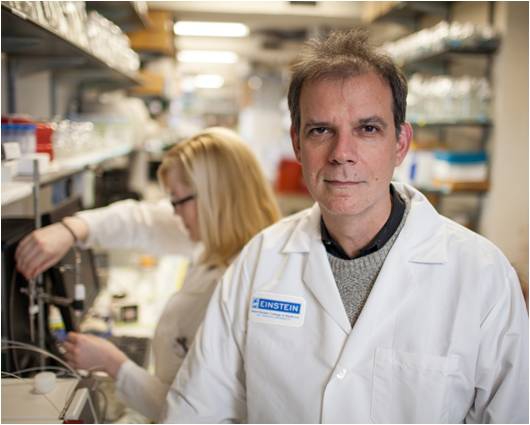 1) Retractions in the scientific literature seem to be more common now than 10 years ago. How often are articles being retracted? How many retractions are due to outright fraud, compared with possible “sloppiness,” as in use of a bad cell line, technical problems, or other unintentional mistakes? Should scientists worry about what they read in the literature now or do you think scientists should always be skeptical of what they read?

Arturo Casadevall, MD, PhD is the Chair of the Department
of Microbiology & Immunology, at Albert Einstein College
of Medicine. Casadevall has co-authored several
insightful articles on the topic of scientific misconduct.1) Retractions in the scientific literature seem to be more common now than 10 years ago. How often are articles being retracted? How many retractions are due to outright fraud, compared with possible “sloppiness,” as in use of a bad cell line, technical problems, or other unintentional mistakes? Should scientists worry about what they read in the literature now or do you think scientists should always be skeptical of what they read?

The number of retractions has increased in recent years. We do not know if this reflects a greater proportion of papers with errors and misconduct or whether the threshold for retraction has been reduced. My colleagues Drs. Ferric Fang, Grant Steen, and I recently reported in PNAS that the majority of retractions were due to misconduct, not scientific error (Fang, Steen, et al. 2012). Scientists need to worry about their literature because that is the medium through which advances are communicated and recorded. Although I believe that misconduct and error affects a small minority of published papers, one should always approach the literature with healthy skepticism.

2) You have analyzed data behind retracted manuscripts. What are the most common types of misconduct (e.g. data falsification, image manipulation)? Who is responsible for more of the retractions and faulty science: PIs, postdocs, or graduate students? What pressures in the current scientific environment (i.e. funding or publishing) do you think are behind this?

Plagiarism is a common reason for retraction. Data falsification, image manipulation, etc. are also common among retracted papers. We analyzed the rank of scientists responsible for misconduct and found that it involves the whole gamut from trainee to professor (Fang, Bennett, et al. 2013). Hence, scientists at all stages of their career are responsible for misconduct. The causes of misconduct are complex and not completely understood but I suspect that situations where there is increased competition in settings of limited resources are fertile ground for some individuals to succumb to misconduct to advance their goals.

3) One of your papers (Fang, Bennett, et al. 2013) suggests that more males than females commit scientific fraud. Can you comment on that and reflect on the possible reasons?

The causes for the gender disparity among scientists who commit misconduct is likely to have multiple causes. For those interested we refer them to the discussion of our paper, which is open access (Fang, Bennett, et al. 2013).

4) Most journals and funding agencies place a lot of emphasis on projects to be “novel” to warrant publication/funding. Is this perpetual search for the new encouraging the accumulation of “unverified” findings? (Not necessarily due to misconduct but perhaps due to unknown variables that introduce experimental biases). Is there a way to encourage reproducibility when there is no incentive to do an experiment someone else has already published? In that sense, what do you think of approaches from funding institutions to fund “confirmation” studies to test the conclusions from major studies? Would that serve to curb scientific misconduct?

The push for “novelty” could be distorting the process of science. Confirmation studies are harder to publish in the more desirable journals since those journals push for novelty and undervalue the importance of publishing papers that reproduce findings in the literature. To make matters worse, journals seldom want to publish negative results, and that biases the literature to situations where something is found. Although some would argue that if the finding is really important somebody will try to reproduce the experiment, that argument misses the point that erroneous information in the literature, especially when it arises from misconduct, can lead to considerable wasted efforts in attempting duplication. In my opinion the scientific community needs to have a serious discussion of how to address the problem of “confirmation” and to give due credit to those who devote time and resources to validate findings in the literature.

5) A recent article you co-authored (Steen, Casadevall, et al. 2013) suggests that the rate of retractions is higher nowadays, and the time to retraction is much shorter, although that was only in high-impact-factor journals. What approaches should be taken to improve the detection of scientific fraud by journals? Do you think there is less fraud in lesser read journals or simply fewer eyes to detect the fraud?

I think that we need a multilayered approach to minimize the misconduct, from more accountability at the laboratory bench to better surveillance at the level of the journals. Journals are already trying to minimize misconduct by using software that detects image manipulation and plagiarism. It is likely that software to detect fraud will continue to improve and that will provide additional safety in the future. The finding in the Steen et al PLoS One paper also suggests that very little of the difference in fraud among well-read and less well-read journals was due to more eyes in the former. Both types of journals are vulnerable to publishing fraudulent papers.

6) Should universities and research institutes be taking steps to prevent scientific misconduct? What kind of steps do you think should be implemented to stem scientific fraud?

Universities and research institutes are already working on the problem but much more could be done from increased education in ethical principles to better whistleblower protection. We need to encourage a culture of honesty in science and that begins in laboratories and science classrooms. Although we may never be able to completely eliminate scientific misconduct, I believe that a multilayered approach that includes enhanced education in ethics combined with greater awareness of the problem by scientists, journals, and reviewers, and significant penalties, could significantly mitigate its deleterious effects in science. 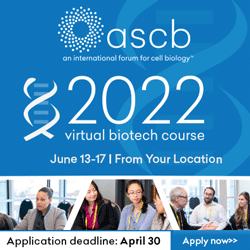