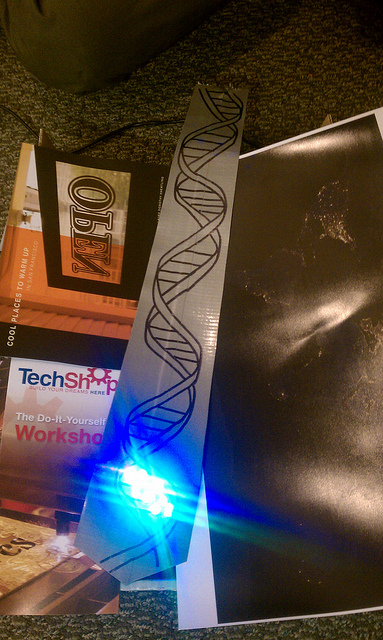 An arduino-controlled tie that uses colored
LEDs to display a custom DNA sequence
in progress at the 2010 San Francisco
Science Hack Day. Photo by JunAs the media constantly remind us, “hackers” are typing very fast in an effort to steal your identity and co-opt your website to display pictures of dinosaurs wearing hats.

But most people who call themselves hackers, whether coders, makers, or artists, use the term in a different sense, one that probably aligns with Richard Stallman’s definition: “hacking means exploring the limits of what is possible, in a spirit of playful cleverness.” Stepping outside of the normal use of equipment, code, and materials means you might break things (hopefully ones you can fix). It also lets you see everything around you as mutable and moddable.

What does it mean to hack in a scientific context? It can be as simple as striving toward some aspect of your normal project in a fearless and unconventional way. Perhaps that means following up on a phenomenon with a risky bit of Saturday morning science, building an instrument you need, or really optimizing a routine protocol.

Or, you could apply these ideas to something farther afield, like a side project, visualization tool, or outreach effort. Why should you spend your time doing this? As Marc Kirschner recently argued, the utility of many seminal papers in biology is appreciated only in hindsight, and there is a strong case to be made that your own day-to-day work is no different. However, the bigger payout to carving out some hacking time, even if its utility is unclear, is more ephemeral. Scientists typically work hard on difficult problems for long periods of time. Working hard (and with playful fearlessness) on a different difficult problem for a short period of time is therapeutic, for several reasons.

1) Hacking is refreshing. Much like taking a vacation, striving to solve a novel problem gives us perspective on our usual grind. I find that trying new things is often correlated with the genesis of ideas that break me out of experimental ruts—whether that activity was related to the original problem or not.

2) Hacking is educational. Many hacks involve technology and methods outside of our comfort zone, but it’s likely that those skills will translate to other areas of our work. Michael Baym, a fellow postdoc at Harvard Medical School, describes how robotics hacking gave him the skills required to perform fluid handling protocols that seemed impossible. More generally, since almost every aspect of the process of science, from data collection to analysis to publication to literature review, is done entirely electronically, shouldn’t we be learning how to manipulate digital environments?

3) Hacking is enabling. “The fear of causing damage holds us from the full capabilities of our tools,” Baym says. “Once you break something on purpose and put it back together, that [fear] goes away.” This resonates with me: How long have I procrastinated starting an experiment because it seems difficult? Hacking helps us learn to overcome these energy barriers and enjoy taking the risks required to advance our science.

4) Hacking is joyful. There is a pervasive “culture of suffering” among scientists, especially trainees, perpetuated even by our humor, but perhaps we could benefit from the positivity that comes with striving to make something awesome.

I would argue that some scientific institutions already tacitly promote a culture of hacking. The summer courses at Woods Hole are an example. In the Physiology course, people put down their normal projects, travel to a sleepy coastal town, and work like mad in ad-hoc teams in intense, two-week bursts. The science that comes out is often a magical kludge. Similarly, at the AQLM course (described as microscopy boot camp), students compete for the “maggot award,” given for the most technically impressive and innovative image of Drosophila. At UCSF, the Cell Propulsion lab organized “team challenges,” which were collaborative brainstorming “unconferences.” A key feature of these “gateway” experiences is their transience: By carving out a short time for the hack, we can fling ourselves into it more or less unencumbered, knowing we have little to lose. The immediacy of a deadline encourages decisive action.

How do we bring more of these experiences into biology? A bite-sized way to experience this is Science Hack Day, a free weekend hackathon that brings together designers, engineers, scientists, and enthusiastic nerds of all kinds for an intense period of collaboration at the intersection of science and technology. This fall, there’s one in San Francisco and, for the first time, Boston (full disclosure: I’m helping to organize the latter). Projects involve software, hardware, and sometimes labware, and range in spirit from serious to fun: using smartphone sensors to detect earthquakes, analyzing the effect of statements of certainty on a scientific paper’s readership, and the formulation of a strawberry DNA extraction protocol that also happens to be a cocktail (dubbed the DNAquiri). Because it’s produced by a network of grassroots volunteers, you can organize your own, too. Or simply throw an informal hack party with your lab or classmates.

Several other ideas associated with a culture of hacking (notably, openness, transparency, and collaboration) resonate with many biologists. So, whether an equipment modification, science outreach tool, or new integration of technology into your daily experimental life, please document and share them with us (tweet @AmerSocCellBio, or email jessica.polka@gmail.com).

Jessica Polka is director of ASAPbio, a biologist-driven nonprofit working to improve life sciences communication. She is also a visiting scholar at the Whitehead Institute and a member of ASCB's public policy committee. 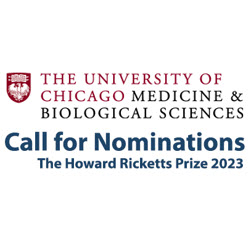 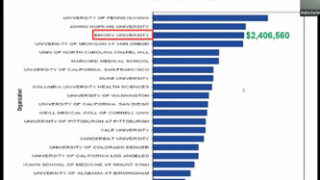 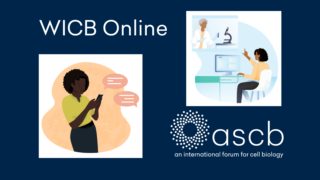