by Jessica Polka and Christina Szalinski 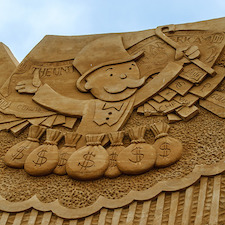 Will the Fair Labor Standards Act be a game changer for postdocs? Will it crumble the current system for postdoc labor at the expense of lab budgets? Photo by kraen.

New labor regulations from the Obama administration are offering universities a great opportunity to improve working conditions for postdocs—and make the entire research enterprise more sustainable. Here’s what you need to know about the changes.

What is the Fair Labor Standards Act?

From the US Department of Labor website: “The FLSA establishes minimum wage, overtime pay, recordkeeping, and youth employment standards affecting employees in the private sector and in Federal, State, and local governments.” On May 18, the Secretary of Labor updated the overtime regulations of the FLSA, effectively increasing compensation for many American workers.

What does it mean for postdocs?

Because there is explicitly no exemption for postdocs in the sciences (page 2 here), as of December 1 of this year, universities will have to either:

The second option has stricken panic in the hearts of many scientists, for several reasons.

First, it would probably cost more. Many postdocs work, and are expected to work, in excess of a standard 40-hour week. If a postdoc earning the NRSA minimum of $43,692 works just 50 hours a week under the new rule, his or her salary would increase to $60,076 (hours over 40/week are paid at 1.5x). While increased pay may tempt postdocs to log long hours, doing so would likely compromise their relationship with their PI, which is crucial for career advancement. Under these circumstances, postdocs would probably experience pressures to work less (which would be bad for science) or underreport their hours (which would be bad for universities from a legal perspective, as they risk being reported to the Department of Labor). So, whether the cost is in dollars, productivity, or risk, classifying postdocs as hourly workers is a losing proposition for science.

Second, and more importantly, it runs counter to our culture. As academic scientists, our work-life balance often resembles a work-life emulsion. I read papers, write manuscripts, and analyze data from home. I also spitball with my labmates, tweet, and write blog posts in lab. While I’m very conscious of how much work I get done in a particular week, I rarely think in terms of hours spent. Being forced to keep track of our time, and even limit how much we spend on specific tasks would I believe profoundly disrupt the culture postdocs that have learned as graduate students.

What should you do if you are reclassified as an hourly worker?

Despite all of the compelling reasons to avoid classifying postdocs as hourly workers, some universities may choose this option. In our chilly funding climate, PIs are already under enormous pressure to stretch their budgets in any way possible. Increasing postdoc salaries substantially would decrease the budget available for other personnel, more lab supplies, travel, etc.

Some scientists speculate that responding to the FLSA by classifying postdocs as hourly workers won’t change much for postdocs because neither postdocs nor their supervisors would have an incentive to track their hours honestly. However, scientists and universities will indeed experience strong legal pressure to comply even if no one wants to.

Realize that overtime is overtime

It doesn’t matter if your PI demands overtime, asks for it, implies that you do it, or merely permits it. According to 29 CFR 785.11, employers are liable for paying for hours worked. Attempts to circumvent this by underreporting hours—regardless of whether the action comes from universities, PIs, or postdocs—would create a legal liability. (More interpretation of this section on pages 2 and 3 here).

For example, a comment on Drugmonkey’s blog highlighted one such scenario: Imagine a serious accident occurs after hours. More innocuously, consider the trail of information left by time stamps on equipment, email, and computer logins. This information could become evidence of labor violations, which can be reported confidentially through the DOL website, even through a third party.

A golden opportunity to improve the enterprise

For all the difficulty that treating postdocs as hourly workers would entail, there is another option that is more appealing morally, economically, and practically: Universities could raise minimum postdoc salaries.

There is consensus among many policy groups that increasing postdoc salaries is warranted and productive. For example, the 2014 NAS report,“The Postdoctoral Experience Revisited,” recommends a base salary of $50,000 adjusted to local cost of living and inflation. Many groups see increased salaries as a step forward for two reasons. First, the postdoc experience is evolving (and extending), and second, this new economic pressure could reduce an oversupply of postdocs.

A reduction in the number of postdoc positions will likely be a consequence of the FLSA, regardless of whether thresholds are raised or overtime is paid (recall that a postdoc would be paid $60k for working 50-hour weeks). As postdocs and graduating PhD students, some of us will find it harder to find new positions. Some may find it more difficult to stay in the ones that we have. However, I believe that curbing the flow into the postdoc holding tank will reduce career anxiety in the long run, thereby improving productivity. It won’t increase the number of academic faculty positions available, but it will move some of the bottleneck for career progress back to an earlier point. This could, in turn, encourage PhD students to think more actively about their future career goals, rather than treating a postdoc position as a default. At the same time, more attractive working conditions and job prospects for postdocs would encourage talented scientists (especially those who need to support their families) to stay in academia, rather than leave for industry.

In an extremely encouraging statement in response to the FLSA changes, NIH director Francis Collins endorsed salary increases and indicated that the NIH will adjust the NRSA salary guidelines so that first-, second-, and third-year postdoc salaries will match the new FLSA cutoff.

He’s not alone: Groups such as Rescuing Biomedical Research, Future of Research, ASBMB, and the National Postdoc Association have all released statements in favor of FLSA compliance via increased salaries.

What else can we do?

The FLSA changes have also brought to light other issues that we as postdocs should tackle. For example,the FLSA update includes an unfortunate exemption for employees whose primary responsibility is teaching, including postdocs in the humanities. Whenever possible we should support our colleagues working in these fields by advocating for their fair compensation.

Jessica Polka is director of ASAPbio, a biologist-driven nonprofit working to improve life sciences communication. She is also a visiting scholar at the Whitehead Institute and a member of ASCB's public policy committee.Christina Szalinski is a science writer with a PhD in Cell Biology from the University of Pittsburgh.