Moonlighting mitochondrial proteins, self-sorting signal proteins, and a histone protein keeping cell division faithful—these are among the discoveries made by the top three winners of the 2016 Kaluza Prize for Excellence in Graduate Student Research awarded by ASCB in collaboration with Beckman Coulter Life Sciences. Sudeep Banjade, now a postdoc at Cornell University, will receive the top Kaluza prize of $5,000 for his discoveries in Michael Rosen’s lab at the University of Texas Southwestern Medical Center. Kara McKinley, a former graduate student at the Massachusetts Institute of Technology in Iain Cheeseman’s lab at the Whitehead Institute and now a postdoc at the University of California, San Francisco, will get $3,000, and Anthony Szempruch, now a postdoc at the California Institute of Technology, will get $1,000 for his graduate work in Stephen Hajduk’s lab at the University of Georgia.

Along with seven other finalists who will receive travel awards to attend the ASCB Annual Meeting in San Francisco, all the Kaluza finalists will be recognized before the Keynote address on December 3. On December 5, they will speak at a special Kaluza minisymposium supported by Beckman Coulter, at the Annual Meeting. 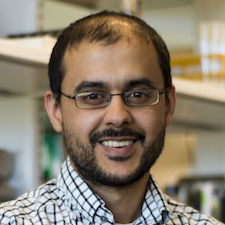 Cell biology is all about what’s outside and what’s inside with lipid bilayer membranes keeping many things in cells either inside or out. But in the interior of a cell, how do very small but critical molecules in solution at the Ängström level, a tenth of a nanometer, manage to organize themselves into powerful concentrations on the micron level (1/1000th of millimeter) that can affect cell behavior? Working in the Rosen lab, Banjade looked to see how phase separation, a physical phenomenon in biological systems similar to the way polymers condense out of solution, could cause very small bioactive molecules in dilute solution to coalesce into strong concentrations. He used the naturally occurring system of the adhesion protein Nephrin with its multivalent bonds to the proteins Nck and N-WASP. In particular, N-WASP is known to trigger the Arp2/3 complex, another protein assemblage and a major player in shaping the actin cytoskeleton. This, in turn, affects how cells move and how they organize tissue. Arp2/3 defects have been linked to a wide variety of human disease from metastatic cancer to schizophrenia.

Banjade and colleagues discovered that phase separation of this molecular system is a powerful switch. Micron-sized clusters of Nephrin/Nck/N-WASP assembled on membranes within seconds of phase separation, setting off Arp2/3 nucleation of actin assembly. That makes Banjade’s discoveries and the ongoing work in the Rosen lab exciting because it suggests that phase separation is a transformative force across eukaryotic biology. It may explain how very small molecules in the cytoplasm and on membrane surfaces can quickly be transformed into very powerful agents. 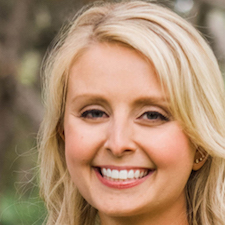 In the intricate dance of cell division, faithful adherence to every step is critical. Each newly duplicated chromosome must leave its identical sister behind and go home to its proper new cell. To do that, a section of the chromosome called the centromere is marked as the recruiting point for kinetochores, the tethering structures where spindle microtubules will fasten as they gently but precisely pull the sisters apart. Designating the centromere then is a crucial step in the dance. In vertebrates, it is the accumulation in a nucleosome of the histone H3 variant protein CENP-A that marks the spot. Working in the Cheeseman lab, McKinley wanted to know how CENP-A accumulation was so precisely controlled and what would happen if it went wrong.

McKinley found that regulating CENP-A was a two-step process with a Polo-like kinase 1 (Plk1) and cyclin-dependent kinase (CDK) calling the tune. Together they regulate the localization and assembly of the key CENP-A assembly factor, the Mis18 complex. Blocking the two controls left CENP-A switched on throughout the cell cycle, resulting in severe mitotic defects. Taking it a step further, McKinley identified how pieces of the kinetochore assemble on CENP-A, by defining the organization of a 16-subunit assembly at the centromere called the Constitutive Centromere Associated Network. Her experiments revealed that the interactions between sub-complexes play a role in restricting kinetochore assembly to its proper place on the centromere. Knowing your place in the mitotic dance thus insures faithful chromosome segregation. 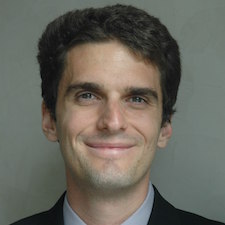 The protozoan parasite Trypanosoma brucei is a serious problem for people (it’s the cause of African sleeping sickness) and a maddening puzzle to cell biologists. T. brucei has a large single mitochondrion, the cell’s powerhouse, with a genome lacking many canonical mitochondrial mRNAs. Under this seeming simplicity is a puzzling complexity. To survive T. brucei must generate these mitochondrial mRNAs through some other mechanism. To do this these parasites edit their mRNAs adding and removing additional nucleotides.  Despite this complexity T. brucei prospers as it moves from its Tsetse fly vector into its mammalian hosts, including humans.

To understand this process in living cells, Szempruch developed a new tool in the Hadjuk lab for reverse genetics in T. brucei mitochodnria. Using an engineered fusion protein, he could target and disrupt selected mRNAs within the parasites’ mitochondria. Szempruch also revealed that a mitochondrial metabolic protein, E1, can “moonlight” from its regular job and instead moves out of the mitochondria and into another internal compartment. Knocking out the E1 protein released a shower of extracellular vesicles. This led to Szempruch’s discovery that T. brucei produced membrane nanotubes, which formextracellular vesicles. These extracellular vesicles are able to interact with the parasite population and host membranes,transfering virulence factors and causing disease pathology.

This is the fourth year for the Kaluza Prize for graduate student research achievements by ASCB in partnership with Beckman Coulter. It will bring the total of cash prizes awarded over four years to $29,000. The prize is named for the German mathematician Theodor Kaluza (1885-1954), who is the namesake of Beckman Coulter’s flow cytometry software system. Kaluza is recognized today as one of the founders of “string theory,” the mathematical model for a multidimensional, unified field theory, the so-called Theory of Everything. Kaluza’s other claim to fame is that, according to his son (also named Theodor and also a mathematician), his father taught himself to swim from a book in order to demonstrate the much-abused practicality of theoretical knowledge.